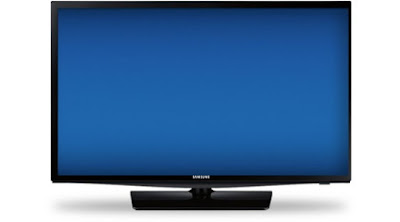 As with most things in life, television can have both positive and negative effects. While watching uplifting and humorous programs have been shown to increase one's feelings of happiness and wellbeing, newscasts have been shown to have the opposite effect.

There have been studies using functional MRI that determined humorous television programming could activate the regions of the brain that are associated with balanced mood and feelings of happiness. After only thirty minutes the participants brain scans showed higher functioning and the participants reported feeling better.

It is no secret that laughter can actually cause people to feel better. The trick is to find something funny enough to laugh at. Personally, I prefer to watch clips on YouTube. I don't particularly care to sit through a whole show to see if it will make me laugh when I'm experiencing symptoms. I want to see as many hilarious clips in as short a time period as possible.

I find that subscribing to channels that I find humorous on YouTube, and bookmarking my favorite clips, to be quite helpful. The sooner I can chuckle the better. Also, by watching clips on YouTube, I'm not sucked into watching hours of television or having to flip past news channels.

A study done by psychologists Wendy M. Johnston and Graham Davey was published in the British Journal of Psychology. It showed that participants who watched news programs had increases in both anxious and sad moods. Afterwards, the participants also showed a significant increase in the tendency to catastrophize a personal worry. The researchers suggested that negative TV news programs could exacerbate a range of personal concerns that were not relevant to the content of the program. In other words, viewing the news seems to actually facilitate worrying and depression. Once the negative show was watched the participants often felt worse about other areas of their life, whether those areas were directly affected by the news that was delivered or not.

An analysis study of nearly thirty thousand adults over the course of thirty years in the United States revealed happy people glue themselves to the television a third less often than unhappy people. This study’s results held true even after taking into account income, marital status, education, and age. This data led the authors to conclude that, "TV doesn't really seem to satisfy people over the long haul the way that social involvement or reading a newspaper does. Unhappy people did it more, and happy people did it less. The data suggest to us that the TV habit may offer short-run pleasure at the expense of long-term malaise.” Again, this was not a small study that can be easily dismissed. It was done over a thirty-year span on nearly thirty thousand people, and the only factor they tracked that had a negative relationship across socioeconomic status, marital status, education and age was watching too much television. That is profound!

I love to laugh as much as anyone, but that is no excuse for me to watch endless hours of television. Television is, more often than not, part of the problem, not part of the solution. Turning off the television after a funny show, and getting involved in life, is hard to do if symptoms have crept up. However, it is at times like those when I know I have to do it. Finding a wellness activity to dive into is where I find my relief.

As far as the news is concerned, I realize that people like to be informed, so do I. There is an enormous difference between being informed and being inundated though. Watching newscasts is certain to make me feel horrible. Reading a few news articles from well-respected journalistic sources is the only way I can get my news and not come away feeling horrible. It's that simple.

Receive A Weekly Update by email
Follow on: Twitter / Instagram / Facebook / Google+
(click links on left)
As always, I wish you wonderful mental health and great successes eating healthy meals. If you, or someone you love, is severely depressed or anxious, please click the link to the right and you will be directed to the International Association for Suicide Prevention. It is a great resource, and is staffed by wonderful people.
Feel free to send your questions or comments to:
questions@thementalrunner.org 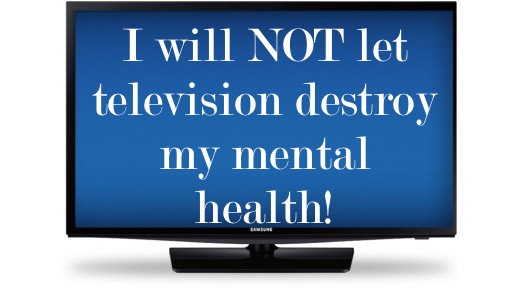