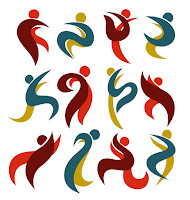 I have to admit that I resisted trying yoga for quite a long time. I had a preconceived notion in my mind that it wouldn't be strenuous enough to help relieve my symptoms, and I honestly didn’t think that I had the patience to sit through a class of stretching. Thankfully, as has so often been the case, I was wrong.

I had read many studies espousing the benefits of yoga on both mental and physical wellbeing, but I was too stubborn to believe that it could work for me. What finally broke down the barriers I had built up in my mind was when I read something that Meb Keflezighi wrote. Meb won the Boston Marathon last year. He was the first American to do so in 30 years, and he was thirty-seven when he did it! He was talking about how yoga and Pilates had helped him win when he wrote, “Here I am, a world-class marathoner, and this simple movement is making my legs shake. It reinforced my belief that there are always ways to improve and new things to learn.” I decided, as soon as I read those words, that I was going to try it.

When I accepted that researchers, millions of devoted participants and Meb Keflezighi couldn't all be wrong, I was able to try it with an open mind. I am so glad that I did, because in doing so I have found a great deal of relief from my symptoms and improved my athletic performance.

Honestly, I was shocked at the results I was getting after only a few weeks. I felt wonderful afterwards, and I did get relief from many of my symptoms. Who knew? Oh yes, all those researchers and millions of fanatical participants; that’s who knew.

There is something incredibly powerful about being mindful of my breath while stretching and flexing different muscle groups. It brings me a great deal of peace and serenity. I have also noticed that I’m less sore and recover faster after long runs when I incorporate yoga into my weekly exercise routines.


In short, yoga is a wonderful form of exercise. It is a low impact, and most often a low intensity activity, which is exactly the type of exercise many people need. I can do it for free in my own living room (there are 7,810,000 free videos on YouTube) or in a class setting. If the weather is bad, and I don't have time to get to the gym, yoga can easily be added into my schedule.

There are many different types of yoga, with different levels and areas of focus. There are even classes and videos that are designed with a person's age in mind. I've found that no matter what type of yoga I have tried, they all seem to help me both mentally and physically.

Instead of trying to pick through, and then list, the best examples of the studies done on yoga and its benefits I am going to point out the work done by Dr. P. Murali Doraiswamy and his colleagues. They reviewed sixteen of the best studies done so far on yoga and mental illness. He is a professor of psychiatry and medicine at Duke University Medical center. He and his team’s findings were recently published in Frontiers in Psychiatry. It was entitled Yoga on our minds: a systematic review of yoga for neuropsychiatric disorders.

Dr. Doraiswamy recently did an interview about the study in which he stated, “Most individuals already know that yoga produces some kind of a calming effect. Individually, people feel better after doing the physical exercise. We thought it’s time to see if we could pull all [the literature] together to see if there was enough evidence that the benefits individual people notice can be used to help people with mental illness.”

Their findings suggest that yoga does have a positive effect on depression and sleep problems, and it improves the symptoms of psychiatric disorders like schizophrenia and ADHD. It is believed that yoga influences neurotransmitters like serotonin, lowers inflammation, reduces oxidative stress and produces a healthier balance of lipids—just as other forms of exercise do.

There has also been a great deal of research funded by the Department of Veterans Affairs in the United States. As a result of those studies many veterans’ centers now use yoga as a form of treatment for PTSD, anxiety and sleeplessness.

An important point here is that no one is saying that people should abandon their other treatments, and replace them with yoga. On the contrary, just as with other forms of exercise, yoga seems to work best in conjunction with other forms of therapy.

Dr. Doraiswamy addressed this specifically when he said, “What we are saying is that we still need to do further, large-scale studies before we are ready to conclude that people with mental illnesses can turn to yoga as a first-line treatment. We are not saying throw away your Prozac and turn to yoga. We’re saying it has promise and potential. If a large national study were done, it could turn out that yoga is just as good and may be a low-cost alternative to people with unmet needs.” Until then, he points out that patients could add yoga to existing treatments so they can take advantage of any potential benefits.

Receive A Weekly Update by email
Follow on: Twitter / Instagram / Facebook / Google+
(click links on left)
As always, I wish you wonderful mental health and great successes eating healthy meals. If you, or someone you love, is severely depressed or anxious, please click the link to the right and you will be directed to the International Association for Suicide Prevention. It is a great resource, and is staffed by wonderful people.
Feel free to send your questions or comments to:
questions@thementalrunner.org
Here is an example of a thirty minute, stress reducing, yoga routine that can be done in a living room or bedroom.